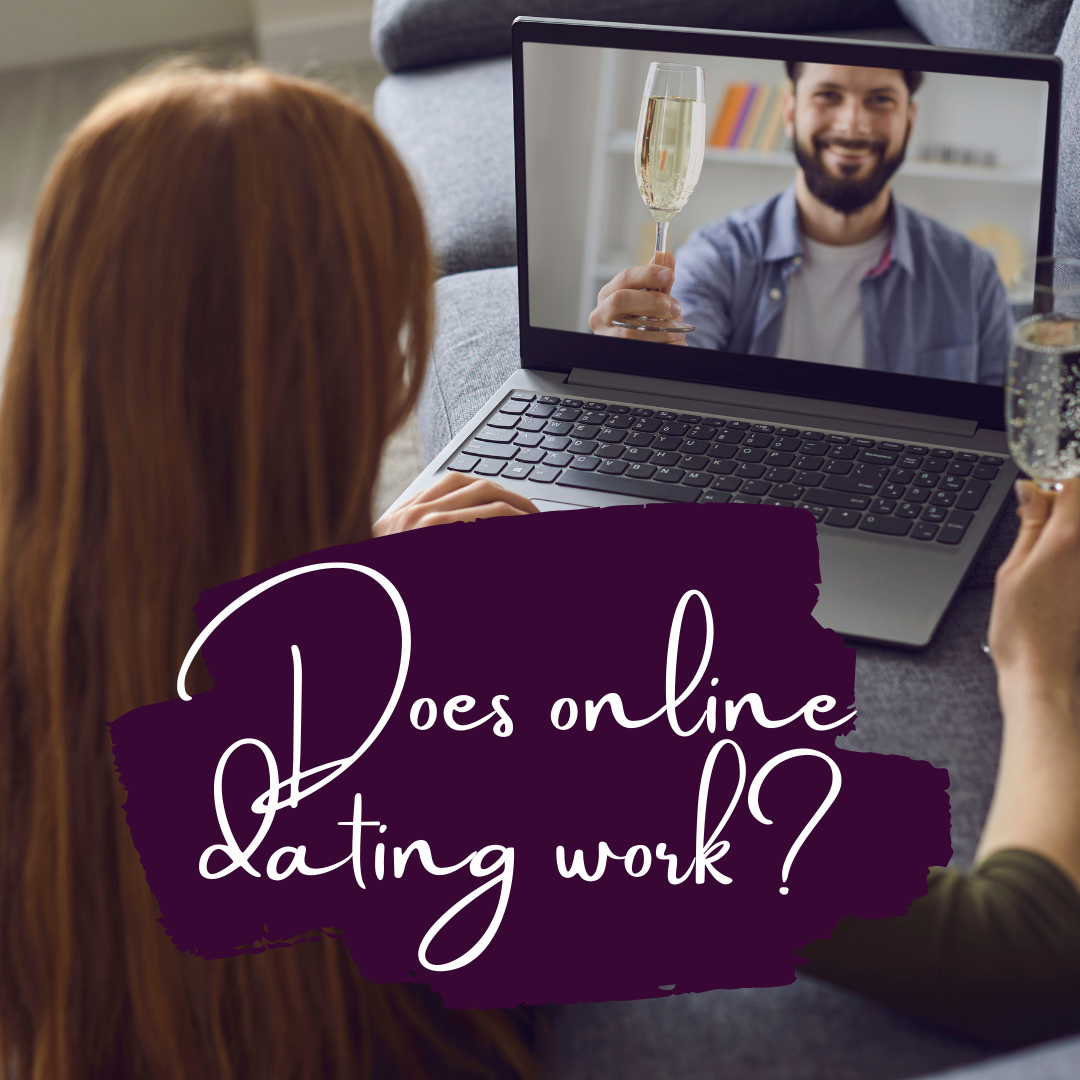 As a matchmaker I get asked this question a lot. It is a topic that I researched thoroughly before deciding to launch Match Made in Scotland. As someone who found their partner on a dating site 6 years ago I loath to say that it does not work however I have many people that come to me for my services and they would beg to differ. I think the real question is ‘Can online dating work?’ If you were to ask me this question I wouldn’t hesitate to say yes, as I know many people (myself included albeit 6 years ago) who have found their partners online. However, if you were to ask me “Does online dating work?” I would be reticent to say the same.

Here are 5 reasons why I think that being successful with online dating can be a challenge.

#1 Most Dating apps are not designed to find you love.

I know this sounds crazy but stay with me here. Think about these free dating apps like Tinder and Hinge and Bumble. Why did these companies create this free app? Because their founders were hopeless romantics and want to help people find love?  ”Online dating is a multibillion-pound industry with Bumble toping the charts after being valued at $13 billion USD. So if the apps are free how do they make their money? Through advertising. They will therefore want their users to be engaged on the app for as long as possible.

Like Facebook and other social media they use scientifically proven digital tricks to keep you engaged. Every time you match with someone it causes your body to release dopamine and adrenaline making you feel like you have won something. In HBO’s  documentary Swiped: Hooking Up in the Digital Age, Tinder co-founder Jonathan Badeen says that “having unpredictable, yet frequent awards is the best way to motivate somebody to keep moving forward.” These apps are designed in such a way to get you addicted to using them and the more they use them the more adverts they can put in front of you.

#2 Users get addicted to the game and not the goal.

The methods that are used to get people addicted to using these apps create a ‘Dopamine loop.”
Nathalie Nahai, an expert in the psychology of online behaviour and author of Webs of Influence describes this as “a sense of reward and seeking out more of the same to get an arousal hit.” This ‘dopamine loop’ is the same thing that happens to those who become addicted to online games and gambling.

In 2017 Match carried out a survey and discovered that “One in six singles (15 percent) say they actually feel addicted to the process of looking for a date. Men have it worse—they're 97 percent more likely to feel addicted to dating than women—but women are 54 percent more likely to feel burned out by the whole process.” In the same survey two thirds of those surveyed said that they had never gone on a date with anyone from the site. Unfortunately some people are turning to dating apps for a daily ego boost and have no intention of meeting anyone, never mind starting a serious relationship.

Many argue that one day robots will take over the world. I don’t believe that we are at risk of this happening at all. As amazing as technology is it will never be human. Yes, they may be able to mimic human behaviours and emotions, but they will never be able to feel or express free will. At university I studied to be a translator and many people laughed and said I was wasting my time because google translate would do me out of a job. Over a decade later and translators still exist because language is alive, it is constantly evolving and computer programmes are not able to know and keep up with these changes of idioms and sayings in different regions.

We are constantly hearing people say about exes or dates that “on paper we should have worked” but it didn't. Algorithms and programmes can track quantifiable data like behaviour patterns but they can’t understand each person at their core and they can’t quantify chemistry.

#4 The paradox of choice

In theory, the benefits of online dating are amazing. You get access to thousands of single people in your area without even having to leave your house. However scientists have discovered that having too many choices means that it is harder to make a choice. How many times have we swiped away someone because they looked like they may be short (even though we can only see their head) or that they were in a group and you didn’t have the time or patience to scroll to the next photo to see which one they were? This is the consequence of the paradox of choice.

We have all been there, gone on a date with someone and as soon as they leave to go to the bathroom we take out our phone and start swiping- even if the date is going well. We don’t give people a proper chance as we think the grass is always greener on the other side. Barry Schwartz, author of “The paradox of choice” describes this in his book. "Maximizers treat relationships like clothing," he writes. "I expect to try a lot on before finding the perfect fit. For a maximizer, somewhere out there is the perfect lover, the perfect friends. Even though there is nothing wrong with the current relationship, who knows what's possible if you keep your eyes open."

Technology is amazing but it brings out the worst in some people. On social media we are constantly coming across trolls who just like to put people down and cause controversy however I doubt that these people would do this in their real lives. The anonymity of the internet gives these people the ability to do this and get off scot-free. With online dating there is a rise in people creating fake profiles and trying to scam lonely singletons for money.

Even for the real people on dating apps they somehow seem to act in certain ways that they would not in real life. Take for example ghosting. Even people who are using their real profiles can ghost someone because they haven’t met that person in a real-life context so they don’t feel accountable to them.

In my opinion, the science behind dating sites and how they work lends it to not being an effective way to find a partner, especially if you are looking for a serious relationship. You do need patience and resilience as you need to cut your way through a lot of timewasters to find ‘the one’ but I always say that if you are a genuine person looking for a serious relationship on an app there are surely others like you doing the same.

If you are a busy professional who doesn’t have the time nor inclination to join the dating app game why not give me a call to see how I can help you save time, money and more importantly your sanity by doing all the leg work for you. Book in for a free consultation today.